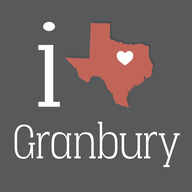 Granbury Chamber of Commerce
FREE - On the Play Store 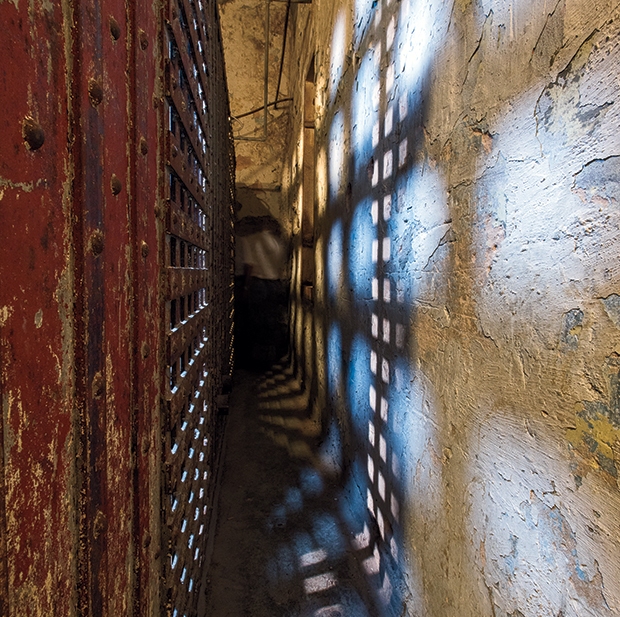 From the October 2017 Issue

Granbury is the kind of place where everyone knows everyone’s business—and if the locals don’t know you yet, they’ll find out soon enough. But as the sun goes down, a shroud of mystery sets over this affable North Texas town.

Dusk ushers in a feeling of suspense as I gather with seven other visitors on Granbury’s downtown square for the Granbury Ghosts and Legends Tour, a walking tour led by Brandy Herr, author of Haunted Granbury. Looming above us, the 1891 Hood County Courthouse takes on an orange glow, and my eyes wander up to the charcoal-colored clock tower punctuated with wrought iron filigree, a perfect Hitchcockian backdrop.

Adorned in a gothic gown of black and maroon and a sheer black cape, Herr warns us of eerie sightings and inexplicable happenings during her tours—ghostly orbs caught on cameras, cell phones turning off or playing random music for no reason. Then we set off for a tour around the square to explore some of the stories that give this city its rich historical character, and with any luck, to catch a glimpse of a ghost.

Our first stop is the Nutt House Hotel, constructed of hand-hewn Texas limestone bricks with a row of arched windows on the second story. This hotel takes its name from the Nutt family, Hood County settlers who arrived in Granbury from Tennessee in 1858.

The Nutt brothers—David Lee, Jesse, and Jacob—opened a mercantile in this building in 1893. In 1910, they made the building into a hotel with 10 rooms and two separate bathrooms for men and women. In its 1920s heyday, the Nutt House Hotel was a luxurious destination for Texas travelers.

In the 1960s a descendant of the Nutt family, the late Mary Lou Watkins, operated a restaurant in the hotel building. She is credited with revitalizing Granbury’s town square, and her statue sits across the street from the hotel. “Mary Lou’s influence can’t be overstated,” Herr says.

It was here that Herr and her mother, Coletta Henderson—both former employees of the restaurant—encountered the ghost of Watkins. Herr says they heard her laughter, saw the apparition of a lady in a long dress, and witnessed her curious mischief—doors opening and closing, and closets being locked. The experience inspired them to create the Ghosts and Legends Tour.

Nutt House Hotel guests who are interested in paranormal activity can request the Mary Lou Watkins Suite, a cream-colored room appointed with antique furnishings. Guest reports have included sudden drops in temperature, the ceiling fan coming on randomly, and even the feeling of being shaken awake in the middle of the night.

“I like to think Mary Lou is still here taking care of her guests,” Herr says.

Next we visit the Hood County Museum, also known as the Old Jail Museum, a stout two-story limestone brick building built in 1885, including a tower believed to be an unfinished gallows. Though no executions ever took place here, the jail operated until 1978 and stands as a well-preserved relic of criminal justice history.

The tour doesn’t go inside the muse-um, so I return the next day for a visit. The ground floor, originally the sheriff’s living quarters, houses various artifacts of Hood County history, such as cooking implements, clothing, and antique toys. To see a more morose side of the building, I take the stairs to the second floor.

Down the hall, layers of graffiti cover nearly every inch of chipped gray paint on the walls of the men’s and women’s cells. Near the public toilet, someone has scrawled a poem in red marker: “In the silence of a prison cell, your thoughts of the events that’s [sic] led you here come and go, and you ask yourself why!”

Karen Nace, president of the Hood County Museum, tells me that a sheriff’s badge mysteriously disappeared a couple of years ago from a glass-encased frame on the first floor, with no evidence of tampering and no visual clues on the security tape. Before the badge disappeared, people used to joke about the jail’s otherworldly inhabitants. “We’re being very careful not to disparage our ghosts anymore,” Nace says.

The Granbury Ghosts and Legends Tour explores the buildings of the courthouse square, some of which date to the late 1800s.

Just a block from the Hood County Jail Museum, a tour stop at the Granbury Opera House reveals a local link to one of the worst crimes of 19th-century America. Originally built in 1886, the theater was renovated four years ago as the new home of the Granbury Theatre Company. Inside, twin curved staircases lead from the redesigned lobby to the balcony level, where there’s one particularly notorious seat.

The seat reportedly belongs to the ghost of John Wilkes Booth, the actor and Confederate sympathizer who assassinated President Abraham Lincoln in 1865. According to local actors who work in the Granbury Opera House, the haunted seat sometimes folds down on its own accord.

Union soldiers shot Booth dead at a Virginia farm 12 days after the assassination. But conspiracies abound that Booth actually escaped and lived out his life in hiding using assumed names.

Herr says John St. Helen, a man who worked as a bartender and occasionally appeared on stage in Granbury, claimed to be Booth in hiding. In 1877, St. Helen became ill and, believing he would die, confessed his true identity to two associates. Numerous television programs have explored the mystery of St. Helen, including 20/20 and Unsolved Mysteries.

And as for his ghost? In 2009, paranormal investigators with the Discovery Channel’s Ghost Lab TV show staked out the Granbury Opera House and said they could hear a voice on their recording device claiming
to be Booth.

Some say St. Helen’s ghost also makes the rounds at the Nutshell Eatery & Bakery, located two doors down from the opera house. St. Helen moonlighted as a bartender at a saloon in this building. Herr tells our tour group that in the early 1990s, when a painter was working on an indoor mural depicting Booth and a mysterious “lady in red,” the painter’s brushes went missing. The next morning, she found all 25 brushes buried bristles down near a ficus tree outside.

As the Ghosts and Legends Tour wraps up, darkness has fallen over Granbury’s downtown square. Parting ways with the group, I walk down the street toward my lodging when one of my fellow tour participants catches up with me and excitedly scrolls through her cellphone photos. She says she’s captured an image of what she believes is a girl’s face peering out at us through a window at the Langdon Center, a tour stop where we learned the sad tale of a young girl who died as a child.

I don’t really believe in ghosts, but Granbury’s rich history and colorful characters are fresh on my mind. I squint at the faint whitish blob and have to admit that I can see the shape of eyes, nose, and a mouth,
a profile angled to one side. But that’s just my mind playing tricks on me, right?